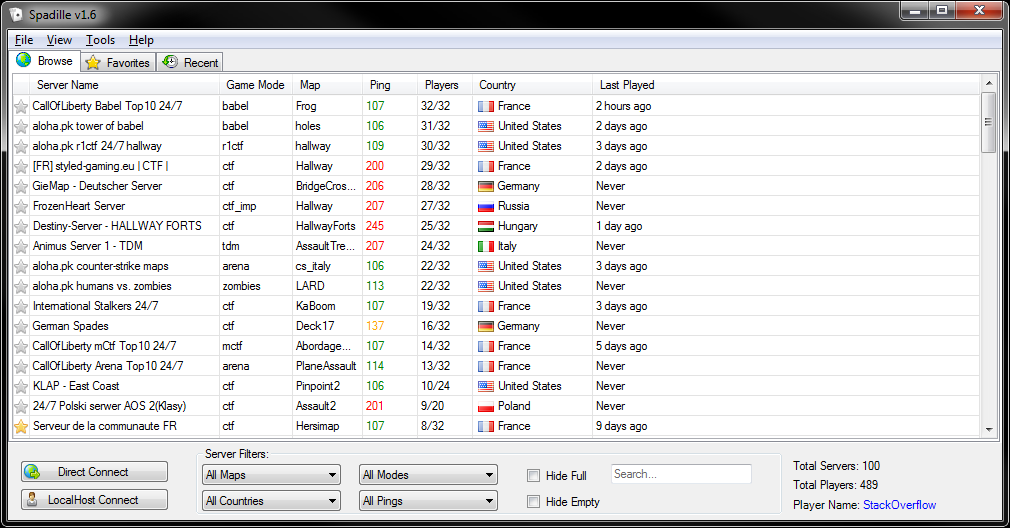 Spadille dropped off the grid a bit after being put on the back burner a while ago. I stopped working on it during the middle of refactoring…which is a bad idea. It’s been ready for release for a long time now, but I just never released it. Why do today what you can put off until tomorrow? This version does not support OpenSpades yet, but I will release a quick patch shortly for it.

I’ll likely be releasing my library that Spadille is based on (along with a few other projects), SpadilleDotNet. It’s a C#/.NET (2.0 compliant) library that provides a lot of functionality for working with Ace of Spades Classic (Voxlap/OpenSpades), Build and Shoot, Ace of Spades 1.0, and more.

Additionally, I have a few more tools that I’ll be releasing here soon as well, as I start to dig through old projects that I’ve not released, so keep an eye out.