Spadille 1.4.6 is now available for download.  This update consists more of a interface makeover compared to 1.4.5 along with a few bug fixes.  The player count bug where it was displaying several thousand players online has since been fixed (hopefully that will be real someday). 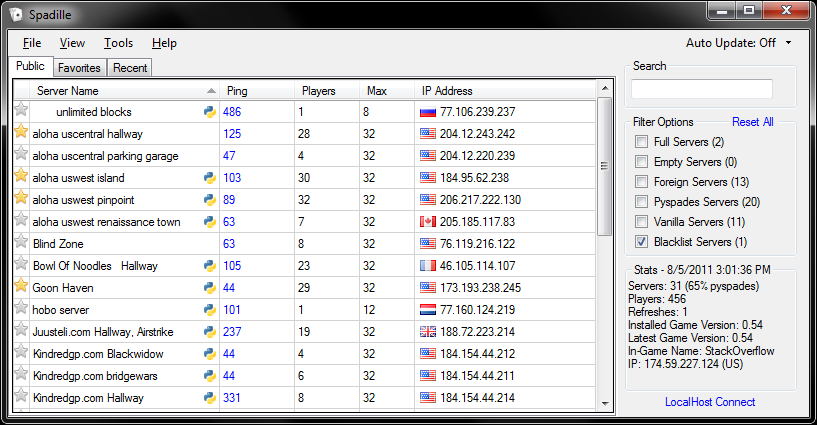 There is now a tabbed interface which currently divideds the server list into 3 sections, Public (general server listing), favorites, and recent (history).  I think the names are pretty obvious.  Search, filters, and stats have been moved to the right side of the server list for easier access.

A new release probably isn’t too far into the future depending on when Ace of Spades 0.55 is released. When a new Spadille version is released, you’ll be able to see the new update wizard :D